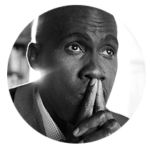 Tyrone C. Howard, Ph.D., is a professor in the Graduate School of Education and Information Studies’ at UCLA. Dr. Howard is also the inaugural director of the new UCLA Pritzker Center for Strengthening Children and Families, which is a campus-wide consortium examining academic, mental health, and social-emotional experiences and challenges for California’s most vulnerable youth populations. Dr. Howard is also the Director and Founder of the Black Male Institute at UCLA, which is an interdisciplinary cadre of scholars, practitioners, community members, and policymakers dedicated to examining the nexus of race, class, and gender of school-age youth.

A native of, and former classroom teacher in Compton, California, Dr. Howard was named the recipient of the 2015 UCLA Distinguished Teaching Award, which is the highest honor provided for teaching excellence at the university. In 2019, Dr. Howard was listed by Education Week as one of the 50 most influential scholars in the nation informing educational policy, practice and reform.

Professor Howard has published over 75 peer-reviewed journal articles, book chapters, and technical reports. He has published several bestselling books, among them, Why Race & Culture Matters in Schools and Black Male(d): Peril and promise in the education of African American males. 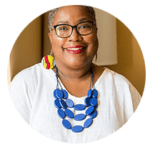 Julie A. Washington, Ph.D., is the chair and a professor in the Department of Communications Sciences and Disorders at Georgia State University. In addition, Washington is an affiliate faculty of the Research on the Challenges of Acquiring Language and Literacy initiative and the Urban Child Study Center at Georgia State. Currently, Washington is a principal investigator on the Georgia Language Disabilities Research Innovation Hub, funded by the National Institutes of Health – Eunice Shriver National Institute on Child Health and Human Development. This research hub is focused on improving early identification of reading disabilities in elementary school-aged African American children and includes a focus on children, their families, teachers, and communities.

Her work with preschoolers has focused on understanding and improving the emergent literacy skills necessary to support later reading proficiency in high-risk groups, with a special focus on the needs of children growing up in poverty in urban contexts.

Patrick Tudryn is the Assistant Superintendent for Student Services at East Windsor Public Schools in Connecticut. Previously, he served as the Director of Special Education. 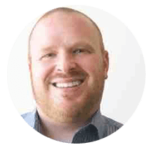 Keith Dysarz is the Director of K12 Practice at The Education Trust. He began his career in Baltimore as an elementary mathematics teacher and became the coordinator of curriculum and assessments for the district. Before coming to Ed Trust, Keith worked for Baltimore City Public Schools for 13 years, most recently as the special assistant to the chief academic officer. In this role, he helped manage, monitor, and support the academic efforts of Baltimore City Schools. Keith also spent two years as the director of teacher effectiveness and Common Core implementation. During that time, he oversaw development and training on the quality of standards that defined excellence in teaching for the district. Keith coordinated Baltimore City Schools’ transition to the Common Core State Standards.