What Causes Dyslexia? An Overview of 5 Theories

What Causes Dyslexia? An Overview of 5 Theories

As you may know, dyslexia is a learning disability that causes reading and language difficulties. These difficulties are the result of the way the brain with dyslexia processes graphic symbols (letters) in connection to their sounds (phonemes) in a given language.

Although many of the signs of dyslexia have been discovered, it still remains unclear what causes dyslexia. However, there are several theories of dyslexia that help explain the origin of this condition. Most researchers believe dyslexia is caused by a combination of these theories, but the exact combination or specific cause is yet to be discovered. 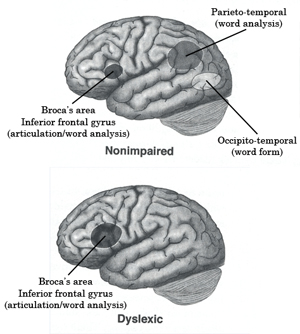 Some researchers have found clusters of cells in a brain with dyslexia that did not make it to the same location they are found in the brain of those without dyslexia. In most brains, these cells are found primarily in the left side of the brain, the same area used dominantly for reading and language tasks, thus it is believed that these cell misplacements make it difficult for those with dyslexia to process language tasks.

2. Wiring of the Brain

In connection with the cell misplacement in the first theory, another theory is that dyslexia is caused by unique wiring in the brain. Individuals with dyslexia have been found to have strong activity on the right side of their brain. Because of the strength of their right brain, they engage in this area while performing language tasks. However, as mentioned before, language tasks are typically and most efficiently performed on the left side of the brain. Thus, the wiring of a brain with dyslexia is often prescribed as the cause. Luckily, explicit phonics instruction has been found to help rewire the brain of those with dyslexia to improve reading ability.

4. Hearing Problems at a Young Age

Another theory is that dyslexia is caused by hearing problems while a child’s brain is still developing and learning language. Early colds and other infections can cause a child’s ears to get blocked on occasion and thus impair their hearing. By not having clear hearing, a child can have difficulty learning the sounds of language (phonemic awareness). This early learning period of the sounds of language is very important for developing effective language skills in the future. This problem can be resolved if caught at an early stage. There are treatments available, the most common being a tiny tube that is inserted into the child’s ear to prevent it from getting blocked again. 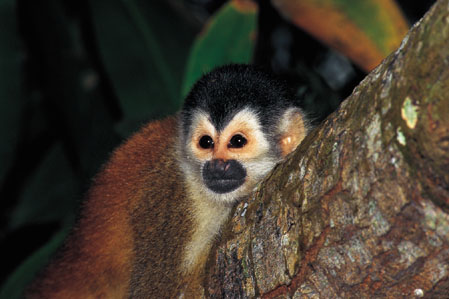 Lastly, there is a theory that dyslexia is a result of evolution. The theorists supporting this idea claim that reading is an unnatural act that was not required in the past, and has only been used in the recent past. Most societies have been reading for less than 100 years, and thus not all humans have evolved the ability.

Although the experts are still not exactly sure what the cause of dyslexia is, there is ever more research that is being conducted and the cause is still being sought after.

Let us know what theory you agree with. We would love to hear your thoughts!