Misconception About Phonics Instruction #1 – Most Children Learn to Read Naturally

Misconception About Phonics Instruction #1 – Most Children Learn to Read Naturally

How would you answer this question: What causes seasons to occur?

If your answer referred to the distance between the sun and the earth, your answer is the same as these Harvard graduates involved in a research project called A Private Universe (Schneps, Sadler, Woll, & Crouse, 1989). Before you give yourself a congratulatory pat on the back for answering like an ivy leaguer, consider the fact that the Harvard graduates were wrong. They, like many people, espoused belief in a common misconception.

The real answer to why we have seasons is that the earth’s axis is tilted (look here for an explanation from NASA). At first glance, the dangers of this misconception are seemingly small. After all, seasons still occur no matter what we believe to be the reason, but I think the implications are larger than that. The fact that 21 out of 23 Harvard graduates involved in the study had the same misconceptions leads me to infer that, at some point, they were taught seasons occur in relation to the distance between the earth and the sun. They were taught that concept even though there is science that very clearly proves otherwise. 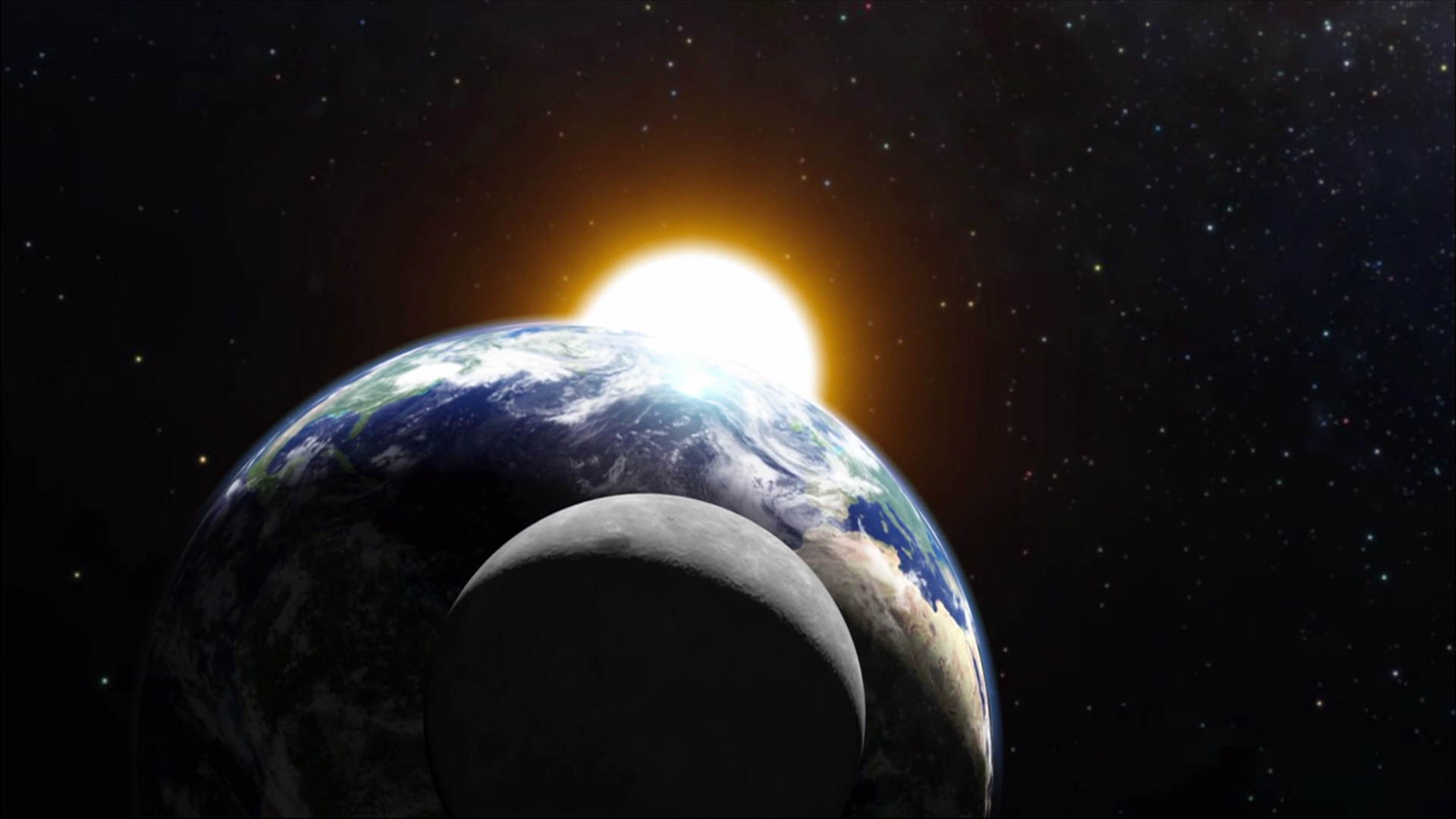 Myriads of scientific research studies support phonics instruction for beginning and struggling readers, yet misconceptions sometimes prevent effective classroom implementation. These misconceptions can be passed down from college professor to pre-service teacher, year after year, decade after decade. Even teachers who have been teaching long enough to teach their students’ children have been known to stick to what they were taught in college or what they learned during their first years of teaching. When this is the case, students who would otherwise benefit from more effective instruction are the ones who suffer.

This is the first in a series of blog posts that will address some common misconceptions teachers and administrators have about phonics instruction. These misconceptions have an impact on students of all ages. While I am certain there are more, I chose five prevalent and persisting misconceptions concerning phonics. They are in no specific order, but each is significant enough to merit its own post.

During the 1600s, only 30% of the population could read (compared to those literacy rates, our NAEP scores look pretty good). Newspapers and The Bible, as well as other books, were not uncommon. After all, Gutenberg’s printing press had been invented almost 200 years before, yet most of the population couldn’t read them. In the history of human existence, print is a relatively new invention and consequently, so is the process of reading. Speech, on the other hand, is hard-wired in our brains. In fact, there are areas of the brain specifically utilized for understanding and producing spoken language (i.e., Broca’s area and Wernicke’s area). These areas of the brain already exist when babies are born. As children grow, the ability to communicate through speech develops naturally. This is especially true if they are immersed in the language (talk to your babies, people!).

Conversely, we are not born with the ability to read. There is not one specific area of the brain with the sole purpose of developing the skill of reading. Reading requires connections throughout multiple areas of the brain that are associated with language, vision, hearing, and cognition. Assuming these areas are well developed when a child begins to learn the symbols of language (letters) and the sounds (phonemes) they represent, the neurological connections necessary for reading are created and strengthened. Though many children seem to pick up reading without much of a struggle, mere exposure to print is not enough (think of the literacy rate during the 1600s). In order to create the neurological pathways involved in reading, children need to be explicitly taught the letters of the alphabet, the sounds they represent, and how to combine them to make sense of words, sentences, and connected text.

Fortunately, there is a multitude of scientific evidence to refute the idea that learning to read is a natural process. Rather than an exhaustive treatment of each study, I will include the words of Stanovich (1994), who summed it up well when he wrote:

“That direct instruction in alphabetic coding facilitates early reading acquisition is one of the most well-established conclusions in all of behavioral science. . . . The idea that learning to read is just like learning to speak is accepted by no responsible linguist, psychologist, or cognitive scientist in the research community” (pp. 285-286). 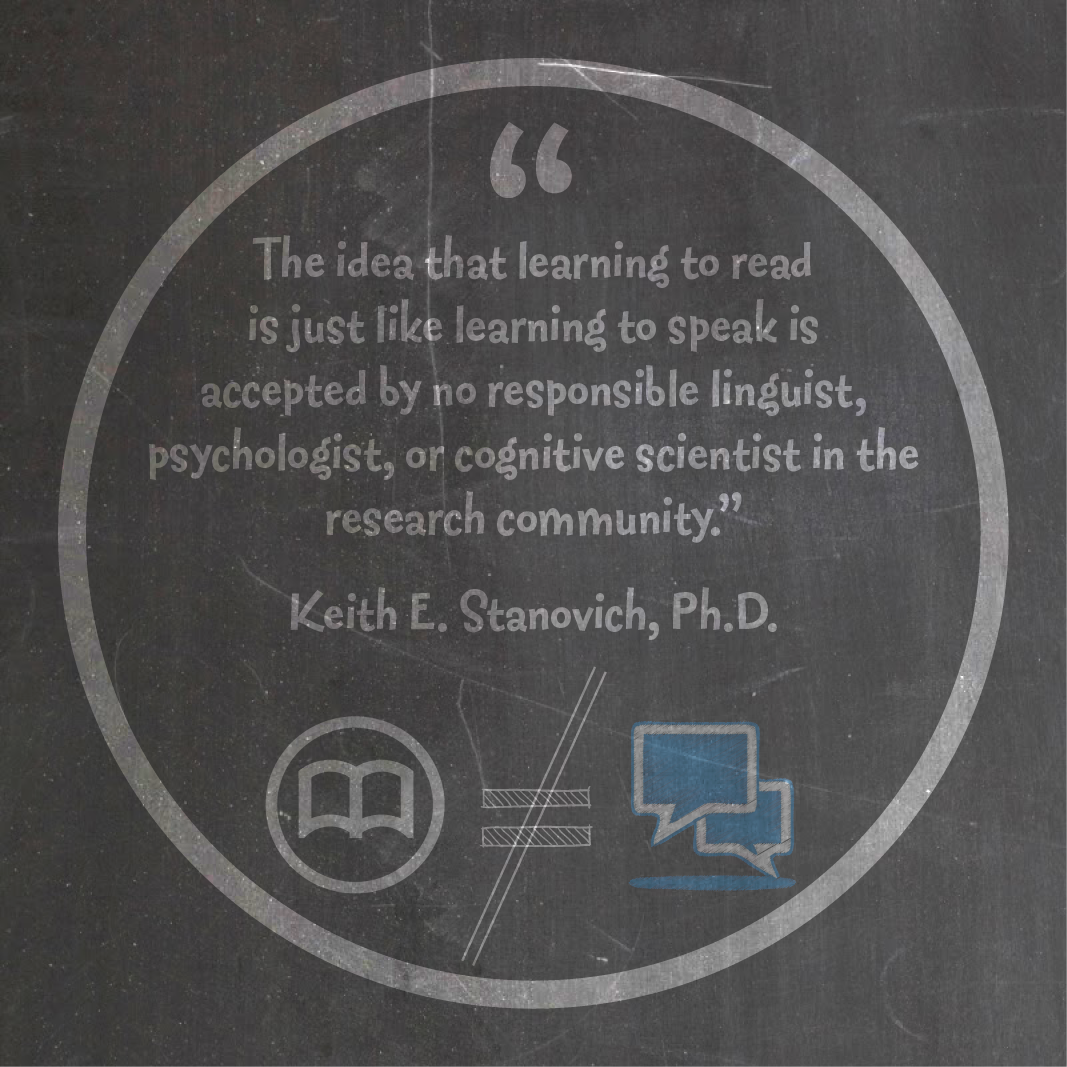 What are the consequences of espousing this misconception?

Students who do not initially receive systematic instruction in the sound structure system of English and letter/sound correspondences:

Probably the most interesting thing about misconceptions is that we usually don’t recognize that we have them. This can be true even if we are presented with information that would counter our beliefs. I invite you to consider how you believe reading happens. I wonder what Harvard graduates would say?

Learn how Reading Horizons elementary reading curriculum and reading intervention program aligns to the research about the importance of explicit and systematic phonics instruction.